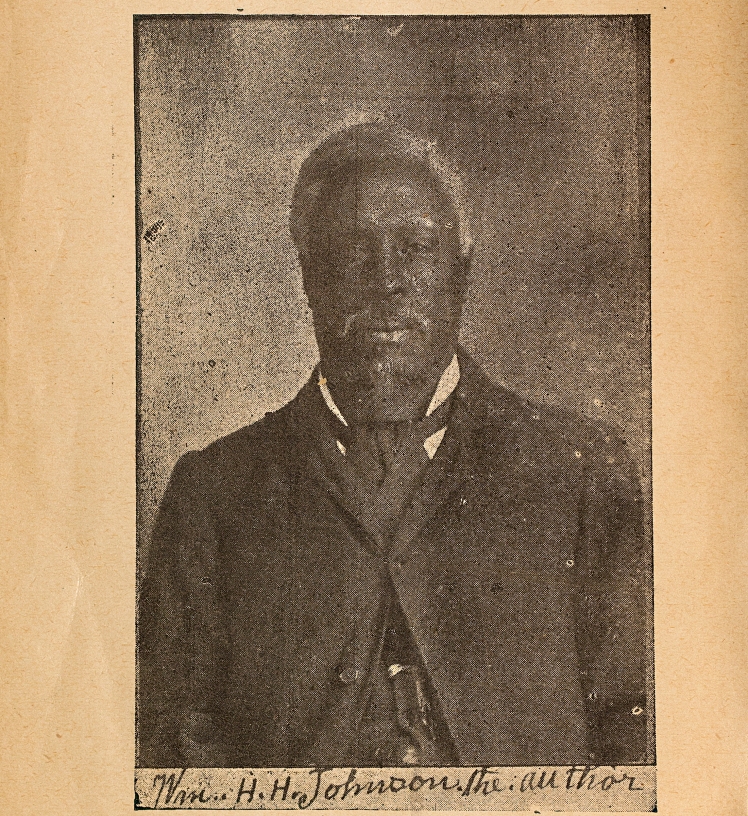 Like many Mount Pleasant creatives today, William H.H. Johnson (1839 – 1905?) supported his art with a day job. Johnson was not only a varnish maker, he was also a writer. He wrote the first slave narrative published by a British Columbian.

The 1901 Canada Census and the 1901 City Directories lists him as a 61-year-old widower living in Mount Pleasant and working as a varnish manufacturer.

Johnson lived in a house at 352 East 14th along with Henry Harvey (66), a drayman, and Henry’s wife Pheby (63). According to the 1901 census, all three were Canadian citizens born in the United States. Like Johnson, it is possible that the Harvey’s emigrated to Canada to escape slavery.

I learned about Johnson from author Wayde Compton who recently wrote the afterward to a new reprinting of William H. H. Johnson’s The New Race.

“In his memoir, Johnson writes an account of his mother’s flight from Kentucky to Indiana while pregnant with him. During his youth, his family were “station masters” of the Underground Railroad in various towns in Indiana, helping blacks escape to freedom in Canada. Although Indiana was ostensibly a free state, the law allowed bounty hunters to recapture those who had freed themselves. Johnson’s family ultimately fled to Ontario. Johnson migrated west to British Columbia, where he worked as a varnish maker in the Vancouver neighbourhood of Mount Pleasant. There he wrote his life story. Johnson also wrote a tract called The Horrors of Slavery. Both works are included in this volume.”

Original copies of both ‘The life of Wm. H.H. Johnson from 1839 to 1900, and the new race‘ (Bolam & Hornett, printers and publishers, 1904) and ‘The horrors of slavery‘ can be found at UBC’s Rare Books and Special Collections.