Day 13: “Newsy” Jack Kanchikoff once had a column in the Vancouver Sun…

I’ve been a little obsessed with “Newsy” (or “Newsie”) Jack Kanchikoff ever since I first wrote about him on this blog in 2013. I also recently wrote an updated story on Newsie Jack for Scout Magazine. So imagine my excitement when I saw this drawing of him from an old issue of the Vancouver Sun just a few days ago. 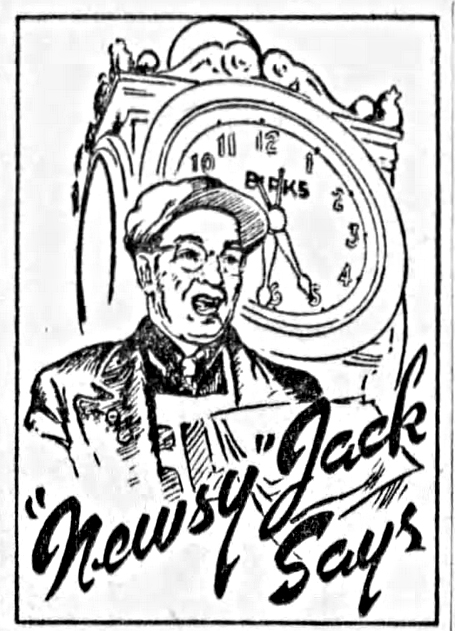 It turns out that from 1949 to 1955 Jack Kanichikoff had a regular column in the Vancouver Sun promoting his annual fundraising efforts for the March of Dimes charity.  Since the start of the March of Dimes in 1949, Jack Kanchikoff worked tirelessly, year after year, fundraising for the charity for sick children.

“Newsy” Jack Says columns like these (below) appeared in the Vancouver Sun:

It is interesting that the column from 1949 mentions a gift from an ex-news vendor (and Penthouse Nightclub owner) Joe Philliponi. In fact, several of the columns mentioned the generous support of Philliponi over the year’s for Jack’s one-man campaign for the March of Dimes. The columns also reveal that there were many individuals and organizations in the community who also supported Kanchikoff in his efforts. In fact, Jack Kanchikoff was such a feature of Vancouver society at this time that he garners several mentions in Jack Wasserman’s column.